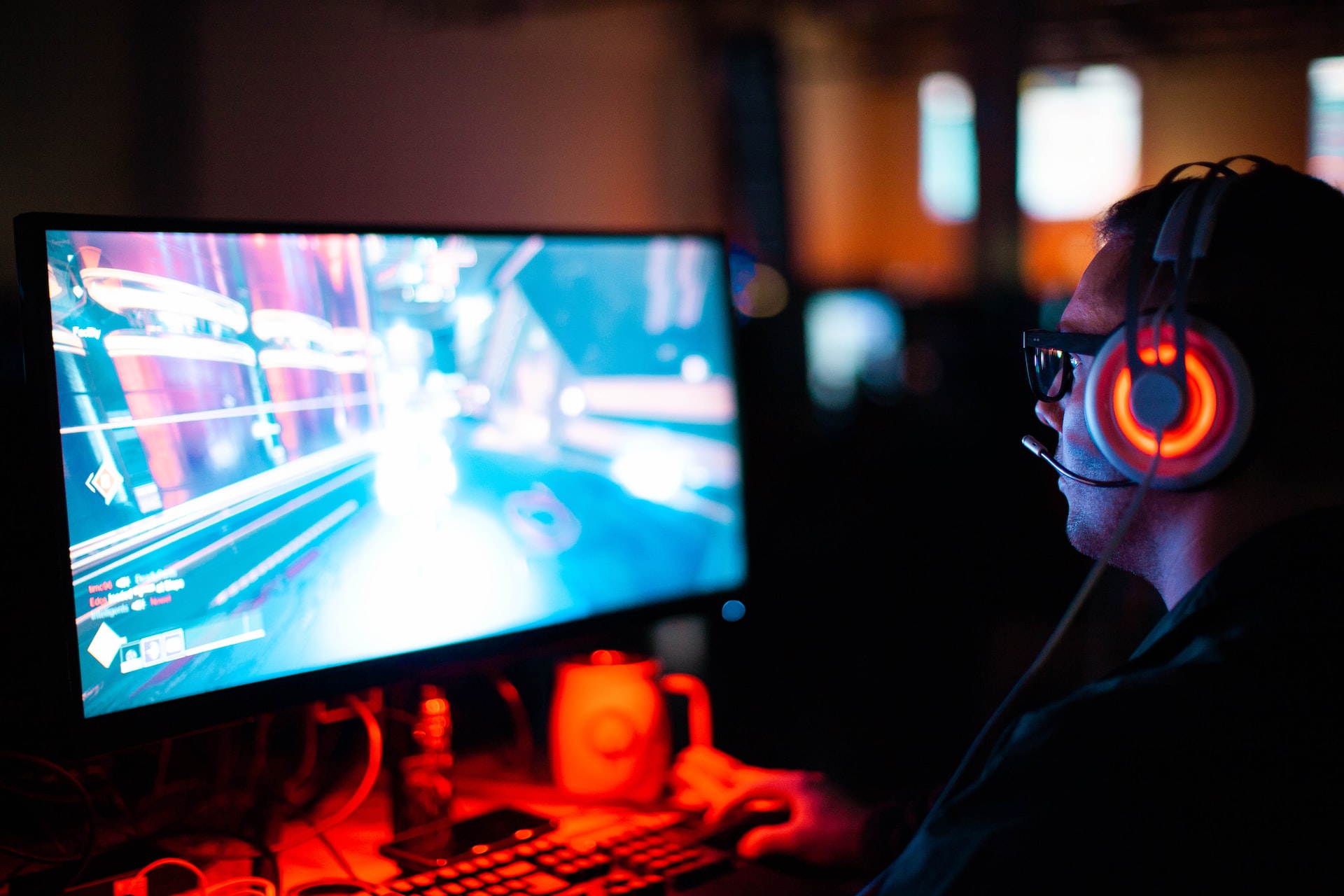 Escape rooms have become a popular form of entertainment over the past few years. It all started with computer games that required players to solve puzzles and riddles in order to “escape” from virtual rooms. As the popularity of these games grew, people began to create physical escape rooms that were based on the same concept. Now, due to the pandemic, these physical escape rooms have had to close their doors, but they have also found a new home in the virtual world. Online platforms have been created that allow people to play escape room games from the comfort of their own homes. This has allowed them to experience the same exciting challenges and puzzles as they would in a physical escape room without having to leave their homes. With this new development, it appears that escape rooms have come full circle and gone back to where it all began – on the computer screen!

Some virtual escape rooms like Gateway allow participants to remote control hardware at a physical location and offer the thrill of real-time collaboration between humans across vast distances.

However, if forming a group is not an option, Steam, the ultimate platform for PC games, provides numerous escape room games. Launched in 2003 by Valve, Steam was a platform for Valuve to automatically updates its own games but eventually expanded to include games from third-party publishers. Today, Steam is one of the largest platforms for buying and playing video games on PC, with millions of users around the world. In addition to its primary function as a game store, Steam also offers a range of features that make it a one-stop shop for gaming on PC. It includes a social platform where players can connect with friends, join groups, and participate in discussions. It also has a built-in game library that allows players to easily access and organize their collection of games.

In this post, we’ll look at some of the most popular escape room games available on Steam and highlight their unique features and themes.

Portal video game is the classic escape room-style game that has been around for over 10 years. Developed by Valve Corporation, it is one of the most critically acclaimed puzzle games ever made. The game revolves around a protagonist, Chell, who must navigate through various test chambers to reach the end goal. To do this she must solve puzzles using portals and other objects scattered throughout the levels. Portal creates a unique and challenging experience that requires players to think outside of the box and use their ingenuity to come up with creative solutions. The game also features an immersive storyline with plenty of twists and turns along the way that further adds to its charm. With its engaging gameplay, intricate puzzles, and captivating story, Portal is one of the best puzzle games ever created.

Escape Simulator is a fun, interactive game that allows players to explore various rooms while trying to escape. Players must use their wits and problem-solving skills to figure out puzzles and clues in order to progress through the game. The game features multiple levels of difficulty, allowing gamers of all ages and skill levels to take part in the challenge. With its realistic graphics and detailed environments, this game provides an exciting experience for those looking for an escape from the real world. Players will have to think fast and find creative solutions if they want to make it out alive!

We Were Here (Series)

We Were Here is a series of co-operative escape room games. Players take on the roles of two explorers who are trapped in an old castle and must work together to solve puzzles and unravel the mystery behind their presence there. The game requires communication between players, as each has access to different clues and information that can help them move forward. In addition, the game features a variety of challenging puzzles, hidden objects, and other elements that require teamwork to complete. With its immersive atmosphere and intense puzzles, We Were Here is an exciting co-op experience that will keep you and your friends engaged for hours as you explore the castle and discover its mysteries.

In general,, two heads are superior to one! Escape First is a superb escape game to enjoy with buddies since it’s a multi-player escape game that puts a friendship’s cooperation capability to the test. Escape First isn’t just about forming stronger bonds while deciphering puzzles, it’s also about testing them too!

Tiny Room Stories: Town Mystery is a point-and-click escape room game for PC. In this game, the player must solve puzzles and find clues in order to progress through the story. The game has multiple levels set in different locations, each with its own unique atmosphere and challenge. The player must search for items and interact with objects to progress through each level. Along the way, they will uncover secrets of the town’s past as they try to discover its mysterious connection to their own history. The puzzles are challenging but also rewarding, as each puzzle brings the player closer to solving the mystery of the town and unlocking its dark secrets. With stunning graphics and an immersive atmosphere, Tiny Room Stories: Town Mystery is sure to keep you captivated as you explore its rich world.

House of DaVinci is a unique puzzle game that takes you on an incredible journey back in time. As the apprentice of the great Leonardo Da Vinci, you are tasked with solving puzzles and finding clues to unravel the mystery behind his disappearance. You must explore intricate 3D environments, collect items, solve complex puzzles and discover hidden secrets to uncover the truth behind The House of Da Vinci. Along the way, you’ll explore 14 different locations in 15th-century Florence and Milan including Leonardo’s workshop, the catacombs under Santa Maria Novella, and even a secret underground temple! With its innovative mechanic of ‘time shifting’ between past and present, PC Escape Games: House of Da Vinci is sure to provide hours of fun for players looking for a unique twist on the traditional escape room experience.

Superliminal is a first-person puzzle game where players are tasked with solving a variety of puzzles in order to progress through the game. The game takes place in an abstract dream world and players must use creative thinking and perception manipulation to solve each puzzle. Through using optical illusions, perspective shifts, and surreal environments, players will have to think outside the box in order to solve the puzzles. The game includes over 40 levels that increase in difficulty as the player progresses. As such, Superliminal is an exciting and challenging experience for those looking for a unique puzzle-solving experience. With its stunning visuals and engaging puzzles, Superliminal offers hours of entertainment for those looking for something different from the norm.

I Expect You to Die

“I Expect You To Die” is a fun and thrilling virtual reality game that will keep you hooked for hours. In this game, the player takes on the role of an elite agent tasked with stopping a powerful global criminal organization from taking over the world. Using their wits and skills, the player must solve challenging puzzles and complete thrilling missions in order to prevent disaster. Along the way, they will use cutting-edge technology like telekinesis gloves and mind-control devices to overcome obstacles. With its intense action sequences, mysterious villains, and clever puzzles, I Expect You To Die is sure to provide an adrenaline-packed experience that will test your intelligence and reflexes.

OK, Bob is a short atmospheric escape room game. You find yourself locked in an unfamiliar custodial closet with only your wits to aid your escape. Find clues, read notes, and solve puzzles to ultimately make your way out. OK, Bob currently only supports the HTC Vive and play spaces of at least 1.7 by 1.5 meters.

This game puts players in the role of a detective who must solve a series of intricate puzzles to uncover the secrets of a mysterious box. With stunning graphics and challenging puzzles, “The Room” is a must-play for fans of escape room games.

The Vanishing of Ethan Carter

In this game, players take on the role of a detective who must solve a series of supernatural mysteries in order to find a missing boy. With a rich and immersive story, “The Vanishing of Ethan Carter” is a great choice for players who enjoy a more narrative-driven escape room experience.

For fans of horror, this is a must-play. In this game, players explore a haunted mansion, solving puzzles and uncovering the dark secrets of the house’s past. With a creepy atmosphere and jump scares, “Layers of Fear” is not for the faint of heart.

Fo a more light-hearted experience, Talos Principle is a great choice. In this game, players must solve a series of challenging puzzles in order to uncover the truth about their existence. With stunning graphics and a thought-provoking story, “The Talos Principle” is perfect for players who enjoy a mix of challenging gameplay and deep narrative.

Keep Talking and Nobody Explodes

A multiplayer escape room game that requires players to work together in order to defuse a bomb. With a variety of bombs to defuse and a timer ticking down, “Keep Talking and Nobody Explodes” is a high-pressure and exciting escape room experience.

In conclusion, Steam offers a wide variety of escape room games to choose from, ranging from horror-themed experiences to more lighthearted, narrative-driven games. Whether you’re a seasoned escape room player or new to the genre, there is sure to be a game on Steam that will challenge and entertain you.